Sir, I regret to inform you that you have been trapped on an island. The experiment went a bit wonky and teleported sir out of my range of power. So sir unfortunately we must postpone our dinner plans indefinitely. But all hope is not lost sir, you can get off the island. There are giant stone pillars where parts of the experiment can be placed to teleport you back. The parts of said experiment sir are scattered across the surrounding islands and are still quite hot from the explosion. So if you would follow the smoke. Oh and Sir, you are being hunted. 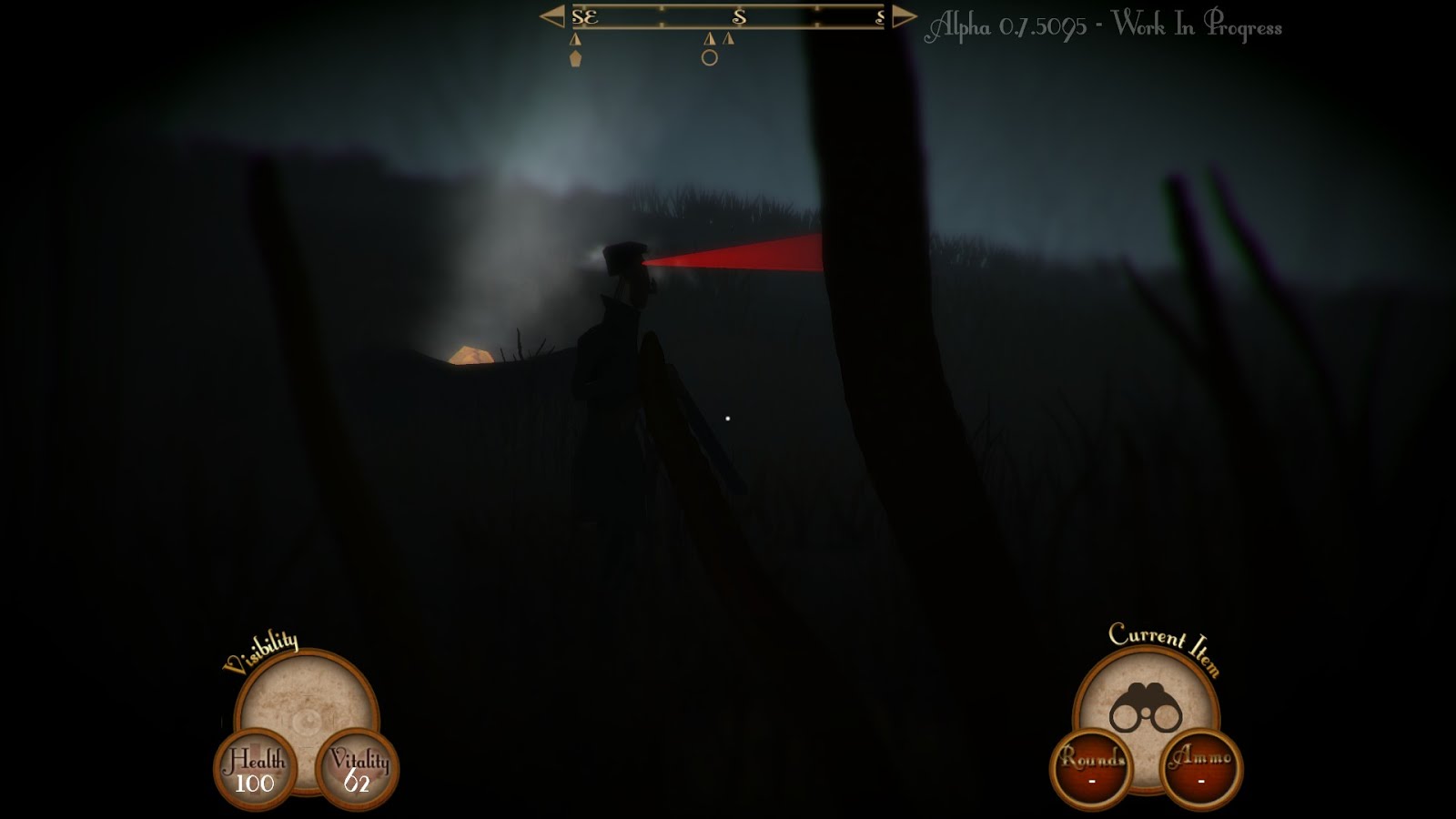 This game is all high class and terror. Never thought I would be scared of a top hat wearing robot, or a teleporting scarecrow. Sir, You Are Being Hunted is one of those games that throws you on the edge of your seat and makes hold your breath in fear as you crouch in the grass when you hear even the slightest metallic beep. The game barely gives you any means of taking on your predators. I was only ever able to obtain bottles and rocks which you were able to throw to distract the enemies and send them in the other direction.

Sir, You are being Hunted could be an excellent game, but in it’s current state it barely offers enough for one play through. I found after about 15mins of crouching around that the fear wore off and I just sprinted around to the stones and hide when the need arises. All credit to them the scarecrow robot messed me up good. As soon as they brought that thing out I went back into hiding for another 15mins. 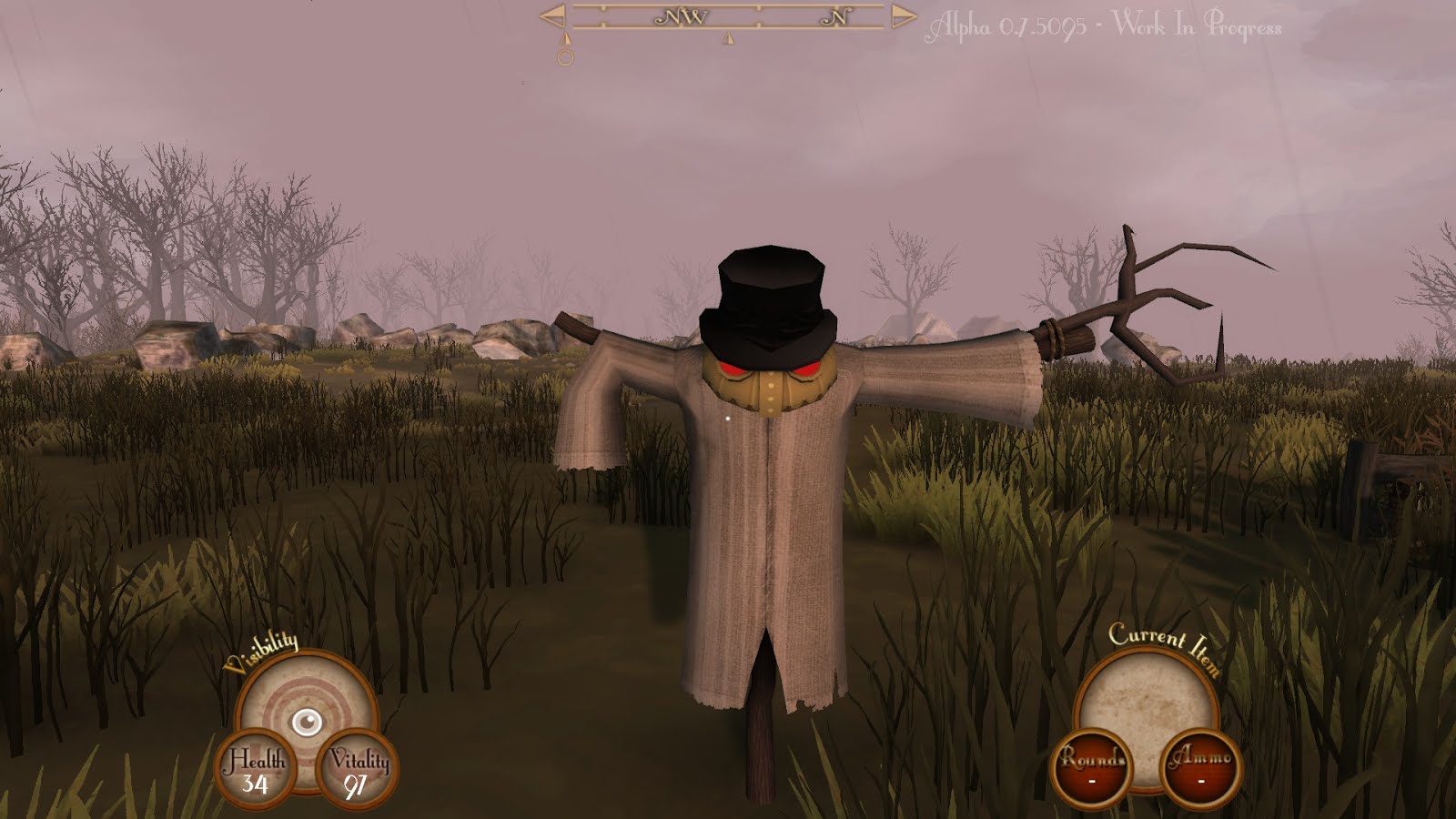 The atmosphere in the game is terrifying you can only hear yourself breath, footsteps, and the faint beeping of machinery. The art style just adds to that creepy vibe you get from the audio. The robots are very cartoony and light hearted, but have just enough of the threat/creepy factor for you to stay as far away as you can. The environment is huge spanning across five different islands, giving the player a sense of being alone.

But unfortunately the game really only has a one time play through at the current time, and as I said earlier you lose the scare factor very fast. I struggled to keep playing, there was no sense of achievement throughout the entire process. Just a little blue circle telling you how far you’ve gotten. I found the enjoyment of the game lasted maybe 40 minutes? Again I want to stress this is in Alpha and as with all early assessments things are bound to change. Hopefully for the better.

Sir, You are being Hunted: