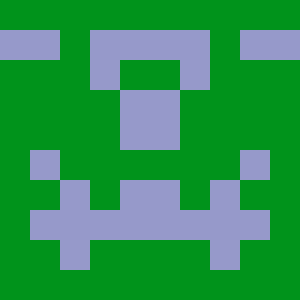 Well, I'm 2 months late on this, but some words needed to be said. I've been, on an off, part of this community for over 4 years. I've been here since GREYTHEORY. I remember logging on with my sisters computer when she'd come home because the old family computer was too old to handle a MC server. I remember old streamers, long forgotten: phel, army, forchancookie, and axebane. I was 18 then. Now I look at what this site has become. It's been a slow decay, but a real one. The writing on the wall has been there for some time now. It use to seem that there was nearly constantly a streamer streaming. Slowly this changed. It was too low, so people were scheduled. Then this was removed too. Now, the only person I've ever seen stream has been MaxFirestorm. According to the QT twitter, Fuzzieboy and TtK have also strome. Clicking around on some of the channels, it doesn't even seem any of them, save max and boy, have streamed very much in the past 14 days. What happened? Now the site is in dire straights financially. This all seems wrong. Basically, $160 seems like a lot more money than it should take to run a website like this and a Minecraft server or two. I'm not going to pretend I know the logistics of everything, but it seems high. This is based on BeastNode's highest standard plan being $60 a month and various murmurs I've heard from people who run websites and how much they cost. The server is back up now with the "reduced operating cost" so it really seems to me you weren't spending the money donated frugally enough. I feel as if you were spending the money you had, even though you knew it wasn't efficient. This is offensive to me since it was all donated money. It wasn't even my donated money and I'm offended. The other thing is that it's now only $80 a month. I'm not going to assume anything about your financial situation, but shouldn't $80 be a cost you can provide? Relying on donations of such a small cost for your pet project really seems wrong to me. I understand donations as a supplement, but everything shouldn't explode when the donations stop coming in. Looking at all this, I've got to say goodbye. This is not just because of my flabbergastment at $80 being a community destroying issue. It's not just me never agreeing with the way things have been run [bluntly: cyanox]. It's that nobody seems to care about things being maintained. The server is on MC 1.7.2. MC 1.7.2 came out October 25, 2013. The server has been on a version of the game that's well over a year old, and the server has never been updated. 1.8 has been out for 4 months now and we're STILL on 1.7.2! Mojang is allowing name changes in less than a week, and the server isn't running a version of MC that supports name changes. As far as I can tell, if I change my name and log on to the server, I'll be reset to having nothing. And that's just the server. Tender love and care has been missing from this website for a while. The things that made QT a fun place have been gone so long that this website isn't much of anything any more. Where is the lotto? Where are the weird events that happened on the last server? Where are the streamers? Where is anything? Have I just grown up? Or has this site failed? - Trav